What is get-up and trade dress

The get-up of goods comprises the size and shape of the package or container, labels and wrappers, the dress in which the goods are offered to the public, or the style of writing. It includes the color or colors of the label, its decoration, and the manner of arrangement of the various features in the label. The get-up of an article means a capricious addition to the article itself, the color, or shape; it may be, of the wrappers or anything of that kind. But anything that has a value in use may not form part of the get-up of the article. The shape and color of a container is capable in law of becoming associated with the products of a particular person indicating his product and of none other. Get-up is now-a-days referred to as trade dress also.

There is no rule of law that get-up cannot form part of the article itself as opposed to the way or the wrapping in which it is marketed. It requires exceptionally strong case to justify the conclusion that a particular configuration of an article (e.g. thermostatic radiator valve) has become so identified with a particular manufacturer and seller of the article as to give him the right to claim that such a configuration conveys the message to the relevant section of the public that such a configuration indicates his goods and his goods alone.

In Smith Kline & French’s Application (a drug case, it was observed that “If the get-up of the patentee’s product in highly distinctive, for example, by a striking combination of colors, it may well be that the court would assume that the use of a similar got up would amount to a passing off. But the deliberate copying of the single color of the patentee’s tablet may not amount to passing off if the court is of the view that the color is not distinctive.  Indeed it is a noteworthy fact that, although there have been several attempts by patentee manufacturers of single color tablets to obtain injunctions to restrain generic manufacturers producing tablets containing the same drug from copying the appearance of the patentee’s tablets, not one has yet succeeded. The property is in the goodwill of the business and not in the get-up.

Get-up must have acquired distinctiveness 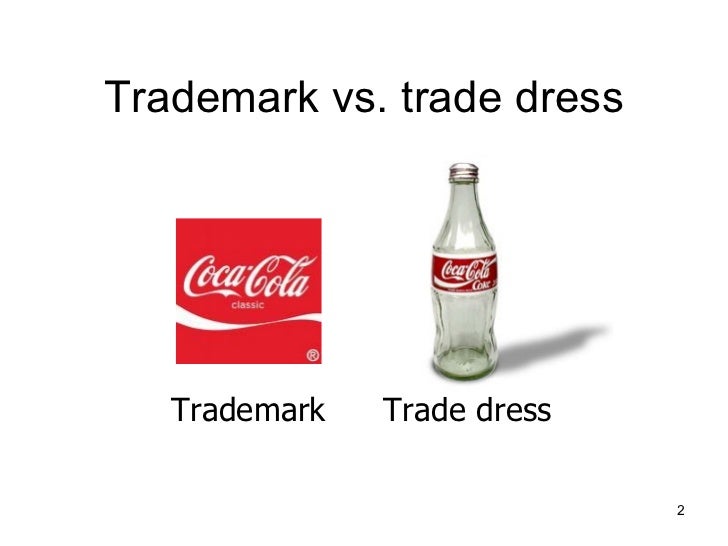 No trader by adopting and using a particular style of get-up thereby acquires a right to prevent a rival or second trader using the same or a similar get-up, unless the get-up of the first trader has become so associated in the minds of the public with the first trader’s goods as to be distinctive of the goods of the first trader and of no other. There is nothing to stop one trader simply copying the design or get-up of another, in the absence of protection afforded by copyright or a registered trademark. Merely being first in the field does not confer any rights. But what a competitor must not do is use or imitates that design so that it “represents his goods as the goods of somebody else”. It is the goodwill of the latter’s business which the law seeks to protect, not simply the proprietors’ right to use the design or trademark.

Consumers should identify goods by get-up

Now in this as in all other passing off cases the basic question is whether, directly or indirectly, the manner in which the goods of the defendant are presented to the relevant consumers is such as to convey to the minds of the latter of impression that they are the goods of the plaintiff. In an ‘appearance’ or get-up case it is not enough simply to say that the former are very like the latter. It must be established that consumers have, by reason of the appearance of the goods of the plaintiff, come to regard them as having the same trade source or provenance, whether manufacturing or marketing, though it matters not that they have no idea at all of the identity of that trade source or provenance.

What plaintiff has to establish in a get-up case 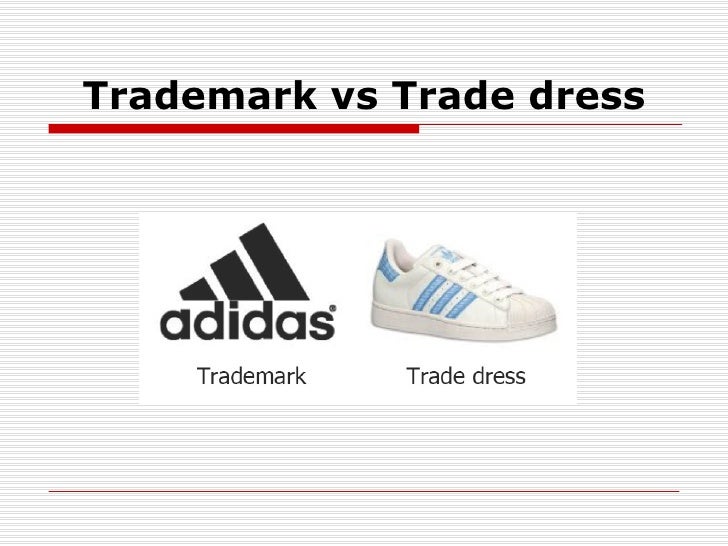 In an action for passing off based on the imitation of get-up the plaintiff must establish first, that the particular get-up which he has been using has become associated exclusively with his goods, that is, he must establish reputation and, secondly, that the defendant’s get-up is such as is likely to deceive or cause confusion. Both are questions of fact. It is not necessary that the plaintiff’s design should be novel, provided the get-up is distinctive of the plaintiff’s goods and has been identified with them. It is unusual that any single feature of the get-up of goods becomes associated with a particular trader’s goods. But where it is proved that a single feature of the get-up has become distinctive of one trader’s goods that the purchasing public recognize the goods of the trader by that one feature alone, then copying of that feature by other traders can be prevented.

The mere fact that a trader is the first to introduce a new feature into the get-up of his goods does not give him any proprietary interest in the feature until it has become by user identified with his goods. Where, however, the get-up is novel, striking and distinctive it may be easier to establish a case for passing off even if the component parts taken separately are common to the trade.

If a part of a get-up has been identified with plaintiffs’ goods injunction may be granted if it can be shown that the use of that part by the defendant is likely to result in passing off. The mere copying of a design or the anticipation of a fashion or the taking advantage of a market or demand created by another’s advertising is not of itself sufficient to support an action for passing off if the trader against whom the complaint is made has sufficiently distinguished his goods so that confusion is not created.

Combination of items of get-up

There may be no monopoly at all in the individual items connected with the get-up; yet if those things are so combined by the defendants as effectively to pass off the defendants’ goods as the plaintiffs, an injunction will be granted.

In Brooke Bond India versus Sona Spices, the defendants who were registered proprietors of the trademark for SONA spices for certain states in North India copied the get-up, color scheme and design of the label used by the plaintiff for spices. The plaintiffs’ label contained the word ‘sona’ an unregistered trademark. Plaintiffs claimed copyright protection for the artistic work in the get-up of the label. Interim injunction against infringement of copyright granted.

The copying of a combination of features, each of them utilitarian, may amount to an appropriation of reputation in get-up.

Features of resemblance common to the trade

Where the features of resemblance between the plaintiff’s goods and the defendant’s goods are common to the trade, the plaintiff must make out that the defendant’s goods are like his by reason of something peculiar to him, and by reason of the defendant having adopted some trademark, or device, or label, or something of that kind, which distinguishes the plaintiff’s goods from other goods which have, like his, the features common to the trade. Unless he can establish this he fails 8 Thus if the plaintiff takes a color and shape which are common to the trade, the only distinctive feature is that which he has added to the common color and common shape, and unless he can establish that there is in the added matter such a similarity as is calculated to deceive, he will fail in obtaining injunction.

Design or appearance of the goods and external configuration 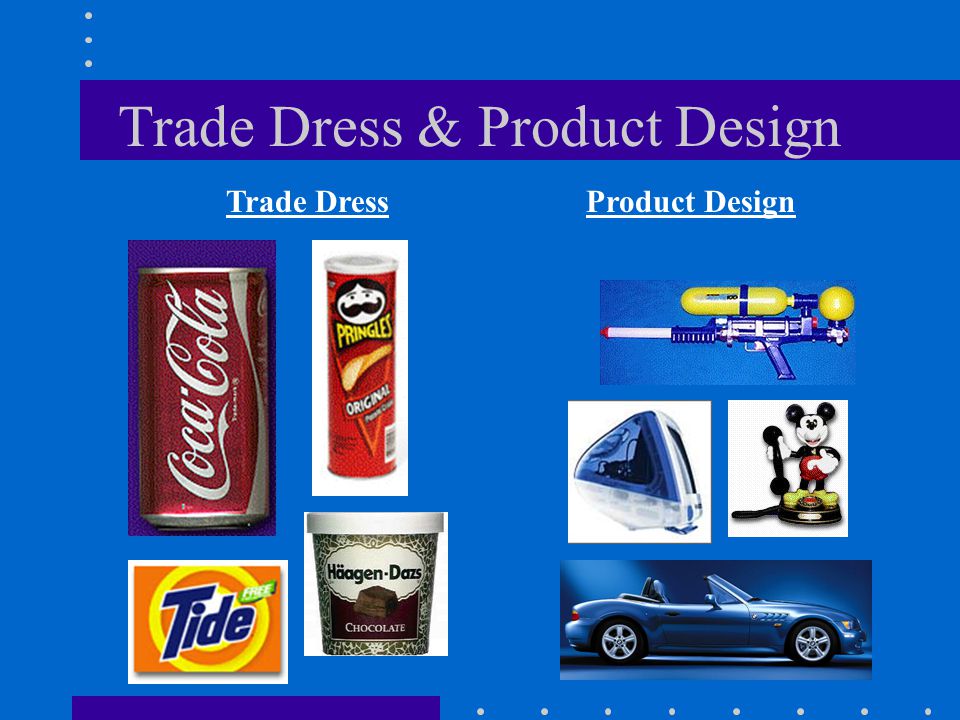 Imitation of the appearance of the actual article sold is not a case of passing off as regards get-up since it is not a question of getting up, but a question of the appearance of the actual articles sold. Where the similarity alleged lies in the pattern of the goods and not in matters of make-up, there is a specially heavy onus on the plaintiff to establish that such patterns indicated to the public that the goods are theirs. However, where there is proof that the plaintiffs’ goods had acquired reputation in connection with goods of a distinctive shape, injunction may be granted.

Copying of the appearance of the article of the plaintiffs in combination with copying of get-up, advertisement slogans and other descriptive matters may strengthen the case for passing off. Functional features of an article are not inherently distinctive of proprietary origin in the absence of some special designation of such source such as a trademark or a non-functional feature of get-up. Distinctiveness of functional features can be established only by evidence of acquired distinctiveness. For passing off there should be something more than mere similarity of the goods themselves.

Mere imitation of the goods is no offence unless there is an infringement of patent or copyright or an attempt to pass off goods as goods of another trader by using a false trademark or description likely to deceive purchasers. A get-up consisting solely the shape and external configuration of a product which has by use become distinctive of the product can be protected by a passing off action.

Design and Passing off

Passing off action is available in case of design provided the ingredients of passing off are established. Patents taken and the advertisements of the plaintiff showed that the design of the toothbrush was purely functional. No reputation or goodwill established. Interim injunction refused.

Copying of the shape or design of an article by itself does not amount to passing off. Plaintiff will have to establish misrepresentation by the defendant suggesting that the goods he is selling are those of the plaintiff. Interim Injunction refused goods baby chairs with human face. Passing off action is available in the case of a design if the necessary ingredients are established.

There can be a get-up not only of goods but also of a business. The get-up of a business will consist in the get-up of shop or business premises or the carrier in which the business is performed as in the case of a Bus service.

A plaintiff in a passing off action relying on get-up of houses must show that there is something capricious that has been added to the house itself to give it a distinctive appearance characteristic of the plaintiffs’ houses. The addition of the capricious shape should be for no other purpose than to give it a distinctive appearance which will identify it in the mind of the public as the product of a particular builder. For Trademark Registration in Tirupur -> Click here